My contemporary women's fiction novel, The Bridge Between, finally released from Whiskey Creek Press. I had fun finishing the trailer, one of my shortest:

Here's the blurb and excerpt:
Blurb:
Once, Jessie Moore had inexhaustible energy for her art, but after this past year, her art – like her life – feels out of focus. Working at the fledgling Philly Times newspaper with reporter Matt Cleary proves draining after their breakup. When a longtime friend dies of AIDS, Jessie travels to her hometown of Lambertville, NJ. At the funeral, she reconnects with her first love, Billy Black, who becomes a bridge back to the safety of her old life, and also to the origins of her inspiration. But Billy’s more lost than Jessie. Too often, he drowns his worries in beer, threatening to drag her down too. After she rekindles their affair, Matt’s jealousy confuses her. Before she can truly give herself to anyone, Jessie must learn to be true to herself.
Excerpt
She set her plate on the table, regretting she hadn’t turned her car around, that she’d ignored her basest of instincts. 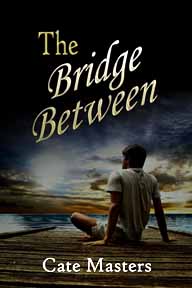 “Goddammit,” he said. “Now I’ve ruined dinner.”
“No…”
“If not dinner, it would have been something else.” He tilted his glass into his mouth until it was empty.
This time, she didn’t argue, but paid closer attention to his voice, his face, his movements. They were all the same as the boy she’d known, yet somehow different, too. More complicated. The nuance in his gestures made for a level of intricacy, like a maze that had to be traversed before she could find the prize at the end – the real Billy, the Billy she’d loved. He was different, more complicated with life experience, but the same in his attitude, the easy way he’d always had. She wondered what did happen to him that made him so hesitant, especially of her – she who had held nothing back from him. Yet here he was, holding everything back from her.
“Would you like me to leave?” She posed the question honestly, not as a challenge, not to intimidate him into a choice.
“No.” He leaned forward, reached for her hand. “Please.”
She waited. She had the feeling he wanted to say more.
“Unless…” He slid his hand away. “You know, unless you want to.”
So close to breaking through to the old Billy. But he withdrew, leaving her to guess why. Laying new roadblocks within the maze, to throw her off, or maybe to decipher how badly she wanted to reach the real Billy.
“No,” she said. “I don’t want to.”
His eyes brimmed with doubt.
“Unless you want me to.” She couldn’t help smiling. It seemed a ridiculous game, one she normally loathed, but this time the prize was different. One that might be worthwhile.
“No.” His body went fluid, and he gave a short laugh. “No. I definitely do not want you to go.” He rose and put a CD on the boom box on the back doorstep. A mellow guitar tune melted the tension from the air. He held out his hand. “Let’s dance.”
With her hand in his, she was out of her chair and in his arms as if she’d swam to him.
I also had fun putting together the Casting Call for this novel, set in my hometown of Lambertville, NJ.

Thanks Laurie! It's an oldie but goodie. :)