My Way or the Highway?

This week was an amazing week. I got two positive nibbles from two different publishers on two different projects. Both asked for revisions, leaving me with a dilemma...

As writers, we are wedded to many things. Some, like good grammar, spelling and punctuation and the integrity of our characters are worth staying stubborn for. Others, like format or market are less important.

Every writing endeavor and exercise can improve our skills and help us to grow as writers if we only approach it with the right frame of mind. If I cross my arms, knit my brow and shake my head, certain that my way is best, all I'm doing is depriving myself of the chance to grow as a writer. That's when I'm really selling out.

As you can probably tell, my dilemma lasted for only about thirty seconds, after which I settled on a third choice: evaluate. Can I do these things? Will they improve the quality of my work - and perhaps even my future work? In an age where publishers are closing their doors and form rejections outnumber nibbles (at least in my world), I chose to be grateful to the editors who saw a spark of promise in the work I submitted, and to feel blessed that they're willing to be patient as I continue to polish my work.

Time to do some revisions.
Posted by Lisa Lawmaster Hess at 8:53 PM 4 comments:

Many of us were disappointed when snow forced the cancellation of our authors day at the Midtown Scholar this past December. Catherine didn't want to cancel it and said she planned to postpone the event until spring.

Since Spring schedules fill quickly, I emailed her today to see if she had come up with a date.
Catherine is working with other merchants on planning what she calls the First Annual Harrisburg Book Festival for late Spring (May/June). She envisions it will be an outdoor city street festival.

It sounds like a lot of fun. Lets all encourage her.

One of the easiest and quickest promo methods is the use of Google Profiles. It takes about two minutes to set up your author profile. Best of all, it’s absolutely free.

What does a Google Profile do?

Next, set up a Google alert for your name to learn which sites your name appears. Be sure to put each phrase in quotes to reduce the number of “waste” returns that include one but not both of your search terms.

If you find that another person with the same name is an artist, say, you can also put - minus sign in front of the string of words, thus:
-artist
to remove the artist's hits.

Simply using my name usually picks up on reviews too, but you can add those to your alert as well. Again, be certain to enclose the title in quotes to eliminate irrelevant results. Google sometimes is late – sometimes months late – in alerting me to certain things, but those are usually unimportant. Sometimes results can be as boring as reminding me I commented on someone else’s blog, or as cool as the time I learned a reader in Finland loved my short Sixties-era romance, Seventh Heaven. Very cool. Sales of that story spiked after that, whether due to her review, it’s impossible to tell. In any case, it was amazing to find my story had traveled the world.

If you use Google’s Blogger, be aware of the importance of adding tags. Search engines pick up on tags, so be careful which key words you select. Someone who searches for one of your books will be directed to any blog post using the title in the tag field.

If anyone knows any other quick and easy promo tips, please share! 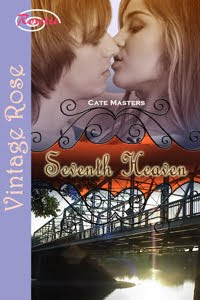 Cate Masters writes fantasy/dark fantasy, historical, contemporary and speculative fiction, described by reviewers as “so compelling, I did not want to put it down,” “such romantic tales that really touch your soul,” “filled with action scenes which made it a riveting story,” and “the author weaves a great tale with a creative way of using words that makes the story refreshing to read.” Visit Cate online at www.catemasters.com, www.catemasters.blogspot.com or follow her on Facebook or Twitter.
Posted by Cate Masters at 6:45 PM 1 comment:

As part of The Big Read, Jump Street and Debbie Beamer, owner of the Mechanicsburg Mystery Book Shop, have invited four members of the Susquehanna Writers to discuss" Fahrenheit 451" from an author's perspective. The writers are Tina Crone, Don Helin, Jon Sprunk, and Mike Silvestri. Ray Bradbury's book was published in 1953, and the film, written and directed by Franois Truffaut and starring Oskar Werner and Julie Christie, was released in 1966.

The film will be shown on Sunday, January 17th at 2 pm in the Carlisle Theater, 40 W. High Street in Carlisle. There is a $5 admission fee. The author's discussion and book signing will follow. 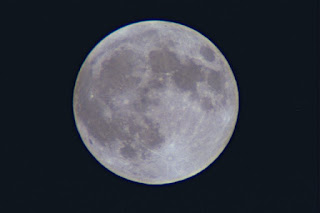 Once in blue moon, a publisher comes along who does things in an innovative way. Leap Books opened their doors on the night of the blue moon, expecting something magical to happen.

We launched our authors in the direction of their dreams. Now we invite you to take a LEAP with us. You'll be glad you did.

Watch for some great new releases this month at Leap Books. And take advantage of the BLUE MOON special to get a 10% discount off any purchase.

by Cate Masters
Each year, Michigan’s Lake Superior State University releases a list of words it categorizes for General Uselessness, Overuse or Mis-use. In this year’s annual List of Words to Be Banished from the Queen’s English, The Word Banishment Committee narrowed down the thousands of nominated words and phrases to these: tweet, shovel-ready, transparent/transparency, czar, app, sexting, teachable moment, friend (as a verb), in these economic times, stimulus, toxic assets, chillaxin’, bromance, and any word combining the President’s last name, such as Obamanomics, Obamanation… you get the idea. 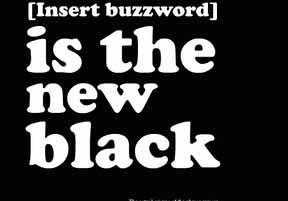 I’ve never been a fan of buzzwords, so have no problem with never hearing some of the above terms again. However, I’m against censorship in general, and as a writer, I hate to lose any words that might prove useful. It’s like taking tools away from a craftsperson, and words are critical tools for communication, the basis of human understanding.
Obviously, authors should weigh each word for its usefulness. Jargon with short shelf lives can quickly date a story - for good or bad, depending whether it’s intentional. If an author needs to immerse a reader in a specific time period, certain words can immediately conjure the era. Likewise, use of certain phrases can enhance a character by making that character’s speech identifiable to the reader without tags.
Dumbing down language has never made sense to me. We want to educate our youth – and our population in general. Why corrode their understanding by removing relevant words and phrases? An obscure word used in the right context is immediately understandable to the reader, and enhances vocabulary. Writers sometimes take flack for using “million dollar words” but I, for one, prefer meticulously crafted work. Prefer Michael Chabon to say, Elmore Leonard. Yes, Elmore writes a good story. But his writing is blah. It leaves me cold. Certain other authors whose novels have gone on to film write so poorly, I can’t get through the entire book. Yes, I’m picky, but I aspire to write as well as the authors I admire: Margaret Atwood. Charles D’Ambrosio (his writing is ambrosia to me!). Richard Russo. I could go on, but you get the idea.

As the AP explained, the list is by no means official, and the committee itself says it’s all in good fun. Many previously-banned words or phrases still appear in current conversations – also for good or bad, but it’s for the individual to decide. I’ve been known to repeat phrases such as it is what it is. 24/7, happy camper, LOL, and back in the day, not so much (though this phrase made the list last year). Curious about other words the committee has banned over the past 35 years? The complete list is here.

Cate Masters writes fantasy/dark fantasy, historical, contemporary and speculative fiction, described by reviewers as “so compelling I I did not want to put it down,” “such romantic tales that really touch your soul,” “filled with action scenes which made it a riveting story,” and “the author weaves a great tale with a creative way of using words that makes the story refreshing to read.” Visit Cate online at www.catemasters.com, www.catemasters.blogspot.com or follow her on Facebook or Twitter.
Posted by Cate Masters at 5:21 AM 2 comments: 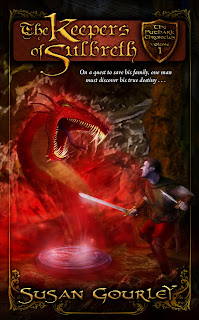 Happy New Year! I hope this year brings peace and prosperity to us all. I have a special reason to celebrate this year as today is the official release date of my first fantasy novel, The Keepers of Sulbreth, Book#1 of The Futhark Chronicles.
I've anticipated this day for so long I can't believe it finally arrived. I know many who ordered my book from an online store like Amazon have already received their copies. A few emailed me and one friend and two relatives called on the phone to express their delight in my book. Of course, they would so it's with quite some nervousness I wait to see how this novel actually sells.
I've been warned not to watch those numbers on Amazon but it's so tempting to do so. One I have to be thrilled about is for the second time, Amazon posted the little warning they only had a few left in stock and were ordering more. I hope it doesn't mean they only had five in stock to begin with! LOL
The excellent reviews thrilled me but I can't wait to hear from a reader other than friend or family. I've kept the ones I received from my romance novels in a special folder and hope I can add a few more.
So happy New Year and may we all enjoy moments of peace to read and keep our jobs so we have the money to purchase books, lots of books.
Posted by Susan Gourley/Kelley at 12:52 PM 2 comments: